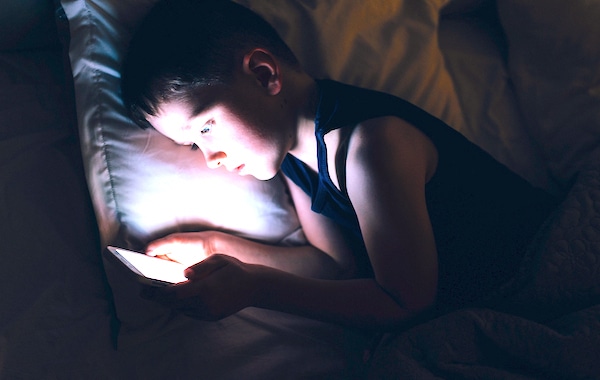 It Helps Us Sleep

Scientists are still arguing over how our screens are affecting our health, but it is clear that using screens around bedtime just isn’t the best idea. Current science points to the light from screens making it harder for us to get to sleep, keeping us awake longer, and disrupting our sleep rhythms. Most screens have a bluish light which, in absolute terms, reads to the eye and brain like sunlight. In people, that generally means our production of melatonin, which helps us regulate sleep, is slowed down, making it harder to doze off and making our sleep more fitful. Screens are essentially telling our eyes that it’s daylight out, no matter how many other cues it’s time for bed there are.

That’s true of adults and kids alike, so disabling phones and tablets around bedtime will ensure that kids get the sleep they need.

It’s easy for children or adults to get wrapped up in something. Whether you’re binge-watching a TV show, reading a gripping book, or can’t put down a game, we’ve all lost track of time and paid for it the next day. The simple truth is, our brains are rarely that good at avoiding indulging themselves. If they find something that engages positive feedback, our minds will go back to it until either the show’s over or we absolutely have to catch a nap, and it takes decades to learn enough self-control to just watch two episodes and go to bed. Bedtime blockers cut down on temptation and sleepy mornings.

Habits and rituals are a part of learning how to sleep, and teaching kids healthy bedtime habits can be a bit of a task in of itself, especially when there are distractions available. If you’re trying to establish a bedtime routine, wrestling away the tablet in order to get kids in their pajamas probably isn’t something you want to add to the mix. Bedtime blockers allow you to create a natural schedule and end point to using screens during the night and build that into your bedtime routine.

Parents know all too well that even the best-behaved child has their id lurking just below the surface. Kids do need freedom, but they also need structure built into their behaviors, whether it’s having dinner at the same time every night or going to school at the same time every morning. When kids can look at a clock and know that they won’t be able to play games or watch TV after that point, they start to learn better discipline, to use their time effectively now so they can have fun later.

Keeping a handle on screens can be a tough job, so let us help. Screen Time offers a bedtime blocker feature that allows you to regulate your child’s mobile device usage, so it doesn’t interfere with their sleep. Try it for free now to explore this useful feature and much more!